June 22, 2016June 25, 2016
My adventure around Town Square of Eastland continues, and today, we chose to have dinner at Ang Ang, an Asian eatery opened by the people behind Chinta Ria Soul.

I felt like something hearty, and picked the beef rendang. The rendang sauce was quite thick, and the flavour was pretty standard. The beef was braised until it was tender. The roti was a bit cold and hard on the other hand, and that was kind of a let down.

My friend chose the curry laksa, and unfortunately, this soup was too oily for her liking, and lacked a depth in flavour that good laksa has. There was a generous serving of chicken and seafood in the big bowl though, and she was content with the meal overall.

Another friend ordered the salt and pepper prawns, and she really enjoyed it. The prawn were fried in a light batter, and the scattering of chillies, onions and spring onions added some flavour to the prawns. Some sort of vegetable or salad with dish would have been nice, to balance out the fried prawns.

Overall, I wasn’t too impressed with Ang Ang, the food was pretty much the same standard as what you would get at a food court, and the price was pretty steep considering the quality.

How to get there:
Ang Ang is located in Town Square of Eastland, which is right opposite Ringwood station. 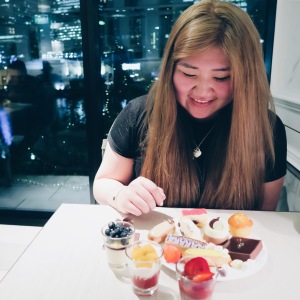