First things first, we decided to have a sushi breakfast (!!) at Sushisei, my friend said it had great reviews, and the line outside proved its popularity. The wait wasn’t all that long though, and we were seated at the sushi bar, definitely the best seat in the house imo.

I went for the Omasake set, and seriously, best sushi I have ever had. The freshness and the quality of the seafood was unbeatable, and one of the reason of why I love sushi so much is that although undeniably decadent, it’s still very light, leaving you feel satisfied, but never overly full after meal (unless you choose to have 10 plates at a sushi train restaurant of course, which I did later down in the trip).

The chef prepared the food with such precision, and was extremely friendly, he was telling us about Japanese alcohol, and after hearing that I have never tried plum wine, he even offered me some to try! 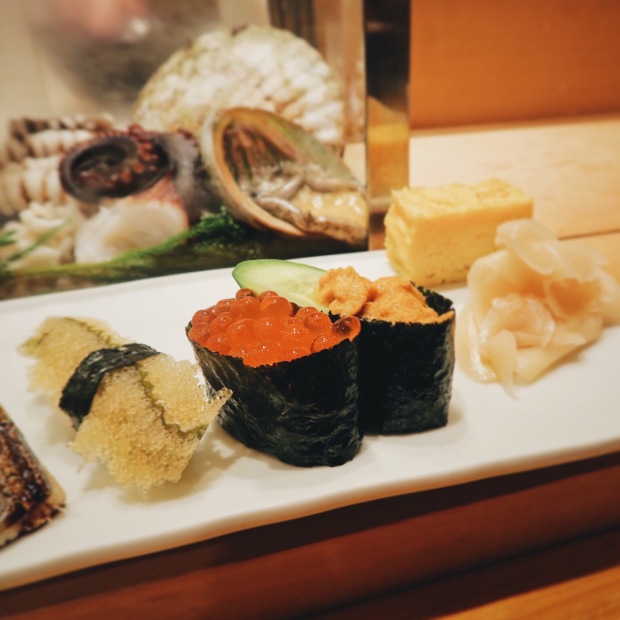 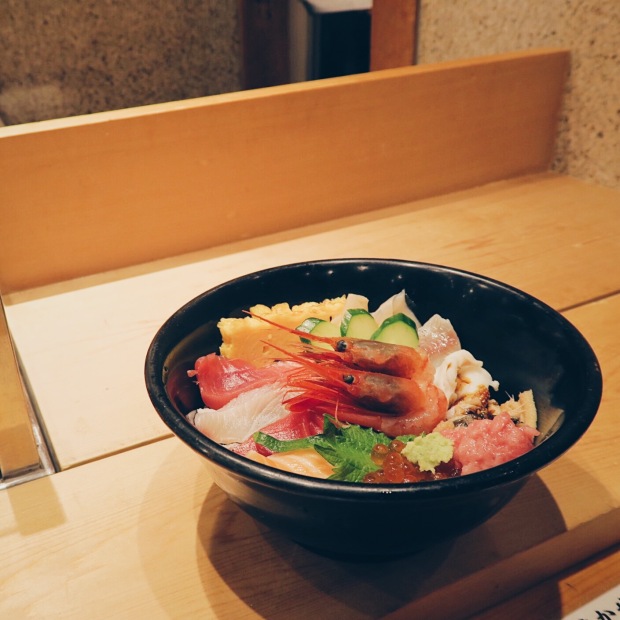 After the best breakfast I’ve had in a long time, we strolled around the market, there was plenty of fresh sashimi if you are still feeling peckish, and a large range of fresh produce for locals to purchase. Dried food also seemed quite popular, there were black beans, kelp, teeny tiny crabs (!) amongst other things. 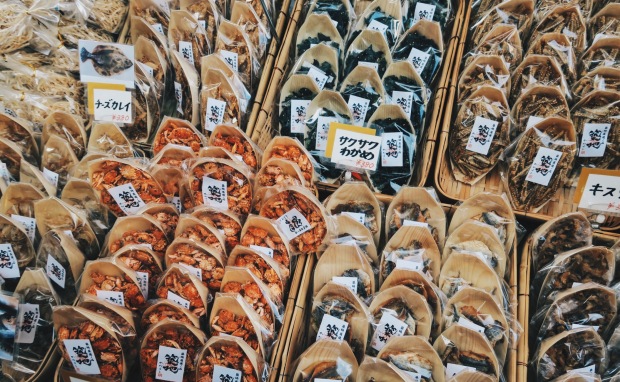 We headed off to Asakusa next, and if you want a good bird’s eyes view of the area, including Tokyo Skytree, then definitely head up to the top floor of the information centre! 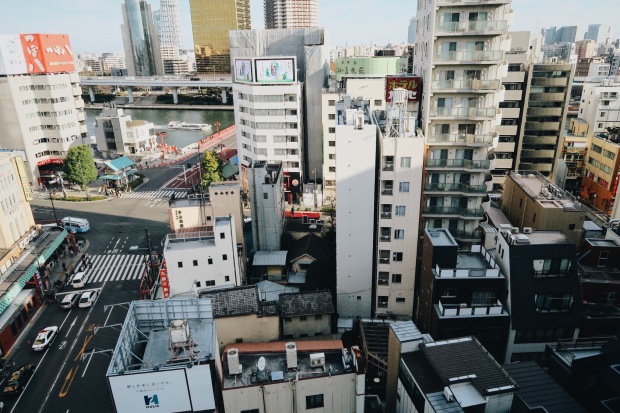 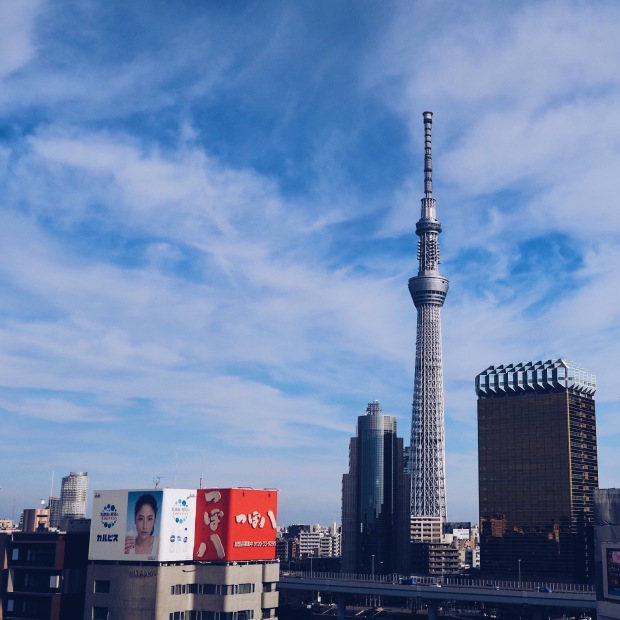 The street that leads towards Senso-ji was filled with shops that sells snacks, drinks, crackers, and other bits and bobs, and I had a great time browsing/eating my way through it. One thing to take note is that in Japan, even street food is eaten in an orderly manner, and by that I mean once you’ve bought something, you have to eat it within the proximity of the stall, and throw away whatever rubbish you have in the bins provided. 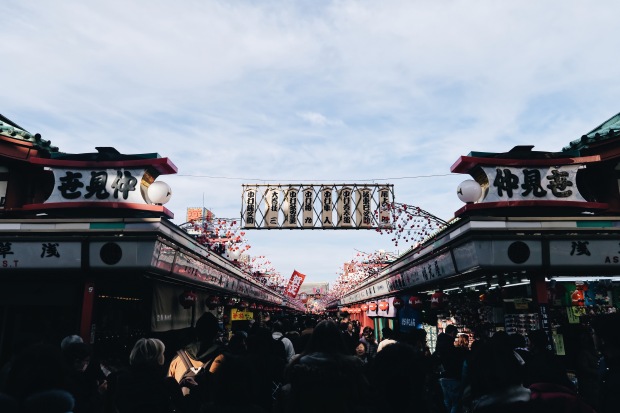 Senso-ji sat at the end of the main street, and it was packed full of people! My friend and I decided to try out the omikujis, and both of us got the great curse, which meant we had to tie them up to leave the bad luck behind!

We took a side street to walk back to the station, and I spotted a melonpan shop, and oh my goodness they were AMAZING!!! It’s kind of like a turned up version of a pineapple bun, where the exterior is super crispy, and the inside was soft and chewy, it may not sound that great on paper but trust me, it was amazing. I got it with cream inside but I’d advise against it, the cream kind of overpowered the subtle sweetness of the bun itself. 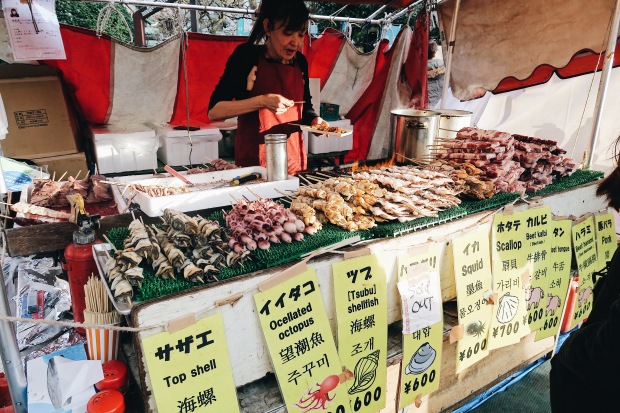 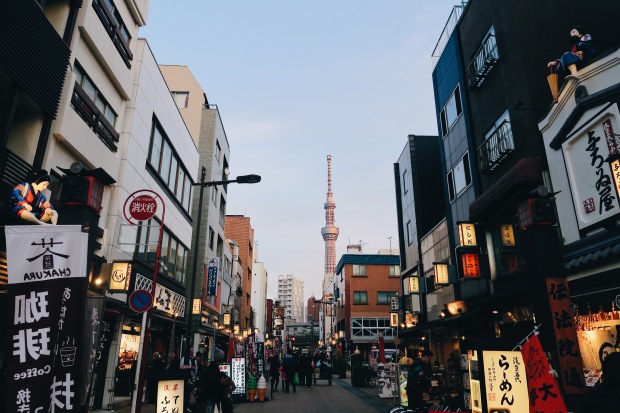 Just to get some shopping out of the way, we headed off to Shinjuku, and of course, we went to Zara aka my happy place. I feel like Zara in Asia is so much cheaper in comparison to Australia, and I really had to put my self-control into test in order to only pick up a few things.

After some more shopping and browsing around, we had dinner at Marumo, a restaurant that was in the food court level of the shopping centre we were in. I got the hamburger on rice, what I imagine to be Maruko’s favourite meal (man I miss that cartoon), and yup, ended the day in food coma. 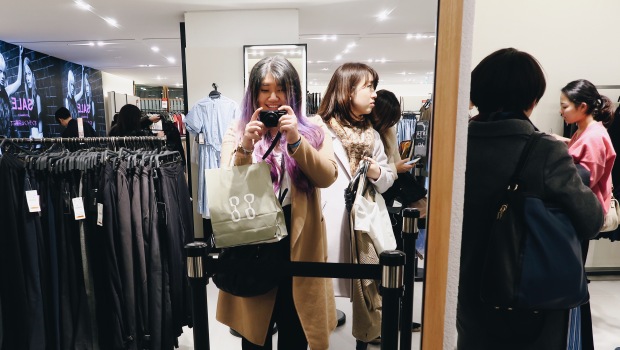 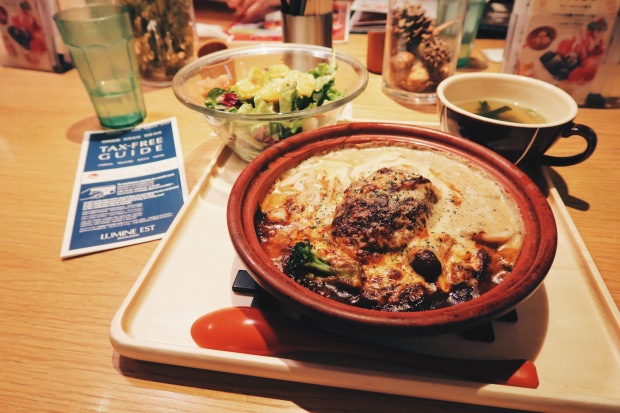